We’ll Leave Your Home Safer Than We Found It

An Insufficient Panel Is A Dangerous Panel 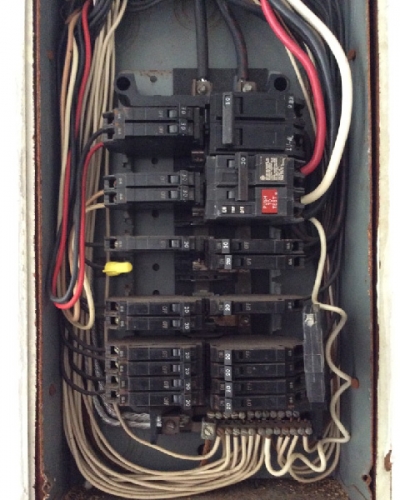 The electrical demand modern families put on their electrical systems has increased dramatically in recent decades and is predicted to be double in 2030 what it was in 2010. Newer homes are designed to accommodate the increased electrical demand from appliances, computers, entertainment systems, smartphones and more, but older homes aren’t.

If your home is more than 20 years old, your electrical panel may not have enough circuits to supply electricity to all the electronics you use in your daily life. And considering recent census data shows that nearly 75% of homes are built 20+ years ago, there’s a strong probability that your home’s electrical panel is under-equipped to handle your family’s electrical demand.

This is particularly true if your home is in the 19% of homes built prior to 1950 and still operates on an old style fuse box. Fuse boxes look nothing like today’s electrical panels, featuring circular fuses rather than breaker switches. If you have a fuse box, you need to upgrade to a modern panel immediately, as fuse boxes are simply not capable of safely handling modern electrical demands.

Is your electrical panel over 20 years old? Schedule a free panel inspection from Mister Sparky now. If your panel is deficient, we’ll give you $200 dollars toward a safe, new panel.

Don't Put Up With
Any Malarky!

If you're in need of electrical services,
play it safe and leave it to the certified
professionals at Mister Sparky.

Learn More About Us
/